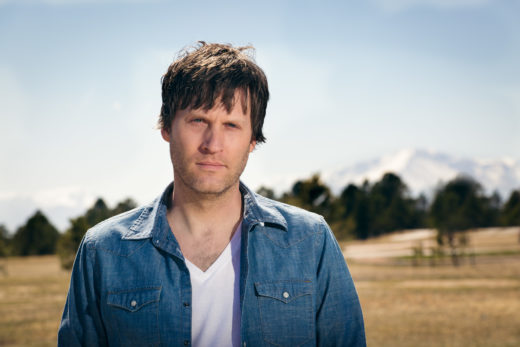 Donnie Schexnayder is helping to usher in an 80’s and 90’s guitar rock revival, incorporating melodic pop sensibilities, thought-provoking lyrics and a fiery approach to the electric guitar that brings back memories of the days when six strings ruled the airwaves. His latest EP draws comparisons to Oasis, Lenny Kravitz and Pearl Jam – bands who knew a thing or two about guitar rock, and also had something intelligent to say about the world. Donnie writes about the hopes, fears and dreams we all have as humans, and he has the street cred to back it up: he fought a battle with cancer and lived to tell the tale. That experience changed his life forever and prompted him to start chasing his dreams and fighting for his unlived life.

Donnie wrote and recorded his latest EP “Truth & Magic” in his home studio, using guitars and amps he built himself. After growing up in the Cajun country of South Louisiana, he spent years living in the mountains of Colorado before settling down in Taylor, TX. You can hear the influence of those years in the mountains in the stand-out track “Elevation”, which tells the story about getting stuck on the summit of Pikes Peak in a lightning storm. Other songs, like “Fighting For Your Unlived Life” and “We All Bleed Red” paint a picture of what our lives could be like if we take the risks, walk into our fears and unleash our true selves upon the world.

While most musicians would be content to write songs and play guitar, Donnie has a passion to inspire other people to live their dreams, too. He wants to lead the way with his music and show people they can make a positive dent on the planet by discovering and living their deepest dreams. So many people never share their talents with anyone because of fear, and the world never gets the benefit of what they have to give. Donnie wants to help artists, musicians, entrepreneurs and dreamers of every kind to throw off their limitations and live out their dreams for the benefit of the world.